Next Wave Anti-Cancer Therapies: Part I 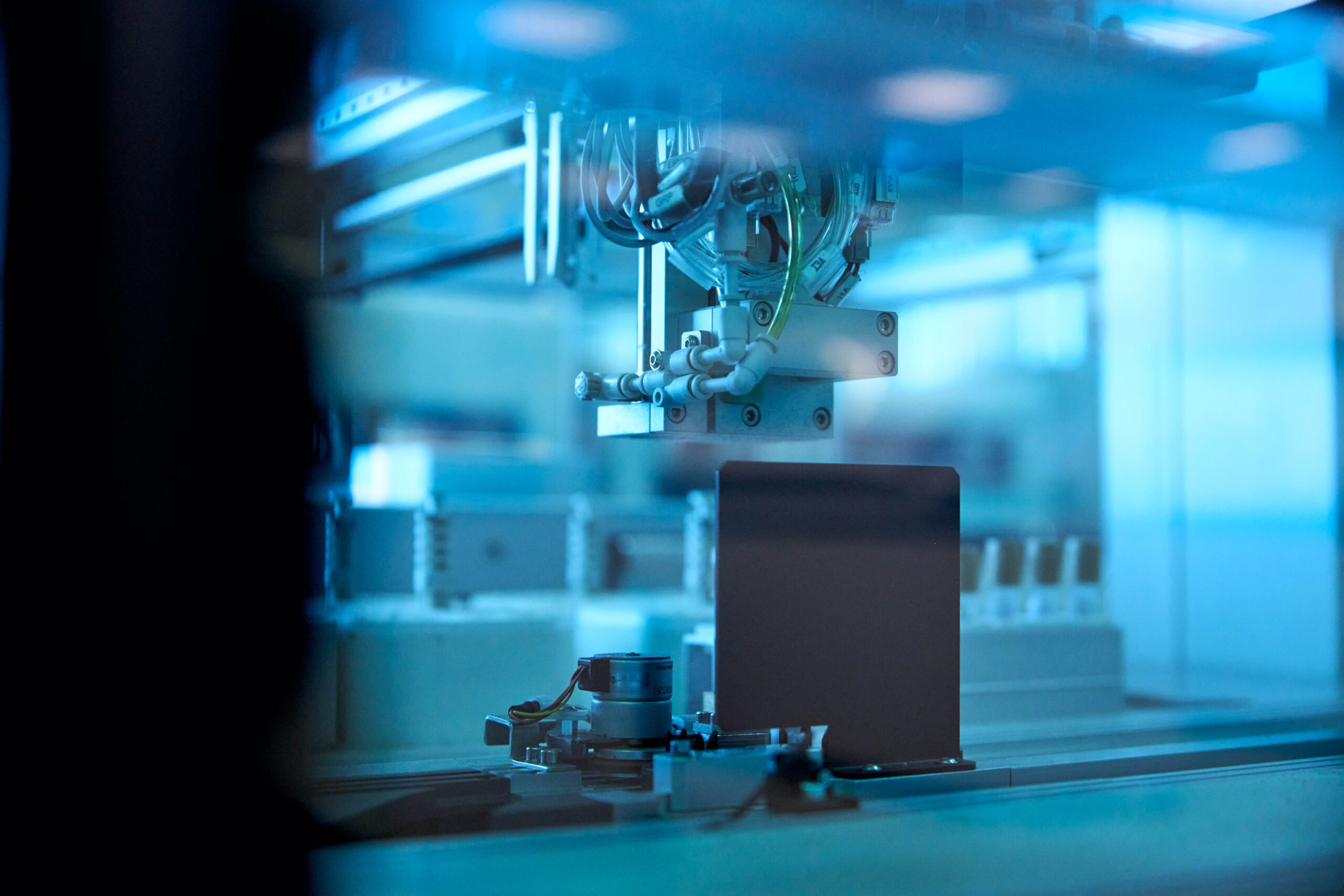 The following is the first in what will be a serialized sequence of contributions from Jeff Bockman and Joel Sandler, in which we discuss next-wave biologics (proteins, cell therapies) and associated platform technologies including diagnostics that collectively appear poised to upend our entire approach to the management of cancer. Each subsequent contribution will be informed both by our understanding of emerging technologies and firsthand discussions with many of the leading innovator companies developing them. Companies of the likes of Tidal/Sanofi, Aleta, Obsidian, Abintus, Spotlight, Strand, and Xyphos/Astellas. We’ve spoken with them all, and while each offers a unique vision of the future, common themes are beginning to emerge.

We may well look back on this time as the beginning of the end of cancer as a formidable foe, one that has since been defanged and no longer able to strike fear into the heart of its victims.  We have long been known for our forward-looking perspective, and herein we peak into the hazy future and bring to light emerging innovations that could dramatically improve the lives of cancer patients. And in our commentary provide what we hope is some of our well-known unconventional insight.

Part 1: How Timely to be Ahead of One’s Time – Next-wave Anticancer Therapies Emerge

First, a caveat: nothing that follows is meant to disparage the amazing progress that has been achieved to date in our collective ability to deliver effective treatment options for metastatic or recurrent cancer patients. To the contrary, without these advances it would be unwise to have the audacity to make such postulations, indeed demands, as those we dare to lay out below on how management paradigms must evolve apace with our increased understanding of cancer pathophysiology, and as enabled by a raft of new technologies and the emerging data on the convergence of such platforms as new generations of anticancer modalities.  And so, with that aside, let’s dive in.

We all know the issues at hand:

1. The tumor – liquid or solid – is a wily foe, one that shape-shifts with laxity of control. The very nature of cancer is one of a formidable plasticity and heterogeneity. Cancer does not play by the rules: it divides uncontrollably, co-opts the host immune system for its own bidding, and thrives using (or misusing) many of the same signaling pathways that are shared by healthy tissue, thereby negating or complicating the status of these pathways and mechanisms as putative therapeutic targets.

2. Our weapons, even the newest and shiniest among them, remain nonetheless dull in comparison to those of the enemy and the castle in which it dwells.  Relatedly, they have and perhaps always will be painstakingly difficult to discover and develop.  As a result, we suffer from a dearth of weapons at any given time to throw at a foe that enjoys a comparative embarrassment of riches at its disposal, and

3. Our foe slinks around in an opaque fog, occasionally illuminated in one guise, only to disappear once more in another.  And, once cornered, shackled by our limited line-of-sight into its mercurial whims, cancer deftly evades our elementary thrusts and parries no matter the seeming elegance of our latest moves.  We only change tack when outward signs of its progression – e.g. RECIST progression, blast count doubling – become abundantly clear.

All of this best-intentioned and often marginally effective blundering in the face of a foe characterized by its sophistication – or diabolical lack thereof – is not for lack of effort or recognition of the problem.  Arguably the greatest and more directed advances in the history of our fight against cancer have come of late with an increased awareness of, and new tools needed for, both targeting of specific alterations in the tumor and through enlistment of the host immune system, itself exceedingly plastic and adaptive, in the fight against such a slippery enemy.  While immune checkpoint inhibitors (namely, anti-PD1 mAbs) and cell therapies (namely, anti-CD19 chimeric antigen receptor [CAR] T-cell therapies) serve as perhaps the most striking examples of cancer immunotherapy, each of the more established therapeutic modalities, from chemotherapy to tyrosine kinase inhibitors (TKIs) and monoclonal antibodies (mAbs), have since been brought into focus through the lens of their abilities to harness the anti-tumor immune response. It was there all along if we only just looked, as a small, visionary  and dedicated group of true believers did.

But these advancements are not enough, not by a long shot. Thanks to rising healthcare costs and increasingly crowded competitive pipelines, we’re rapidly coming to a point where new therapies will be measured not solely against improvements, technical or clinical, over predecessor approaches but also by their shortcomings relative to the enemy: too few tools, too few tools employed precisely, and neither employed at the right time nor in the right sequence or combination, or indeed in the right setting or situation.

How, then, can the field make the leap from an empirical, reactive whack-a-mole-style treatment paradigm to one more adeptly matched to cancer’s unpredictable moves at every turn?  To be sure, such an image is blue sky thinking.  Solutions tend not to all materialize at once but rather coalesce over time.  That said, some of these solutions need to come ahead of their time, and with so many investors and pharma partners clamoring to fund the Next Big Thing in oncology, being ahead of one’s time may in fact be merely timely. So, we in fact may be at the crux of such a convergence: biological understanding, tools of bio-engineering and synthetic biology, and diagnostic approaches.

Arising from this fomenting crucible are advanced therapeutic approaches that even a few decades ago would have seemed like some fanciful alchemy: modalities like biologics with multi-specificity, biologics with conditional activity, biologics that can be controlled via endogenous signals or exogenously supplied regulators (like small molecules), and some perhaps guided by increasingly sophisticated diagnostics enabling more direct line-of-site onto the battle grounds. These biologics, whether complex protein or modified cell or nanoparticles bearing sophisticated payloads, then begin to acquire some of the necessary heterogeneity and even perhaps plasticity—let’s call it a rationale and responsive pleiotropic functionality—called for to engage in a more well-matched duel, one perhaps out of that fog and in the very light of day.

“…we in fact may be at the crux of such a convergence: biological understanding, tools of bio-engineering and synthetic biology, and diagnostic approaches.”

Without revealing much more at this point (you’ll have to tune in for subsequent installments of this Dickensian serialization for that), it will suffice to say that emerging approaches are positioned to improve not only upon the durability of remissions but the ease with which to achieve them.  Facile methods to effect, observe, and react to the impact therapeutic interventions have on patients and their tumors enable not only more convenient treatments but those that can be implemented and improved upon with greater ease in a much more responsive timeline.  The end result: tighter feedback loops between the clinic and the bench, and improved quality and quantity of options for patients under the ceiling of costs that the market is willing to bear, and an enemy that is increasingly forced to fight from a weakened stance.

“Arguably the greatest and more directed advances in…our fight against cancer have come of late…with an increased awareness of, and new tools needed for, enlistment of the host immune system…”

“In 1890, the Russian playwright and physician Anton Chekov wrote a letter in which he alluded to a centuries-old observation that infections seemed to slow the growth of malignant tumors. For Chekov and most others of his time, the observation held little meaning. For William Coley, however, it fueled a medical crusade.

Coley was a contemporary of Chekhov’s and a bone surgeon at what is now the Memorial Sloan Kettering Cancer Center. Inspired by the death of one of his earliest patients, he reviewed the case histories of individuals with bone cancer and noticed that bacterial infections following surgery seemed to improve the outcome. He reasoned that infection stimulated the immune system, which in turn destroyed cancer cells that had escaped the surgeon’s knife.” 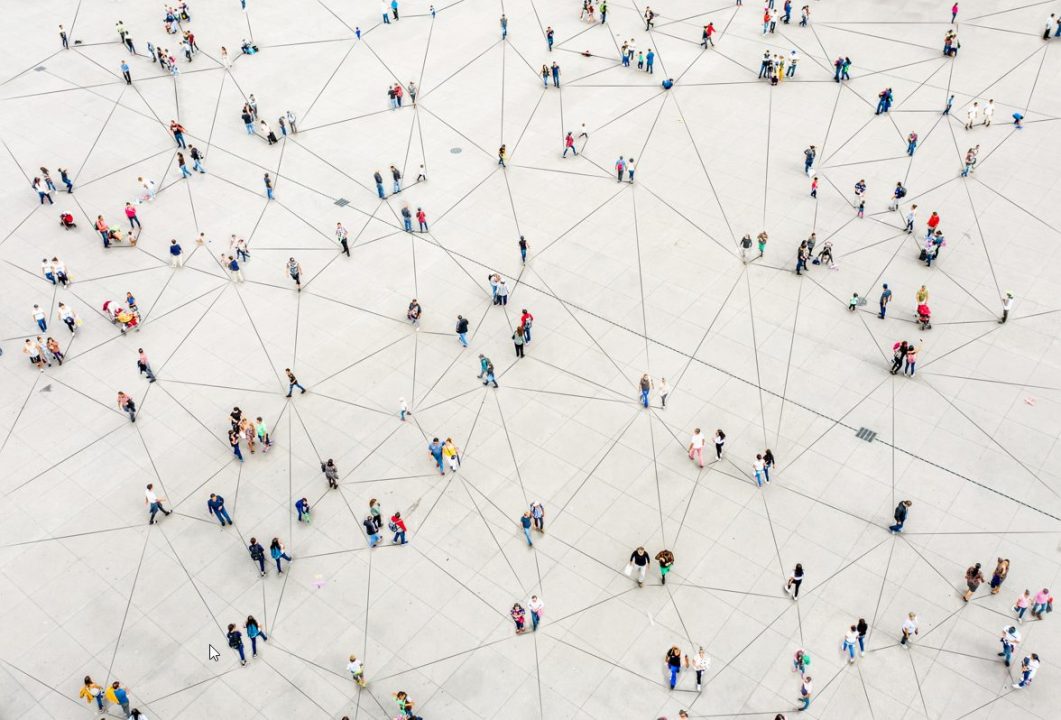 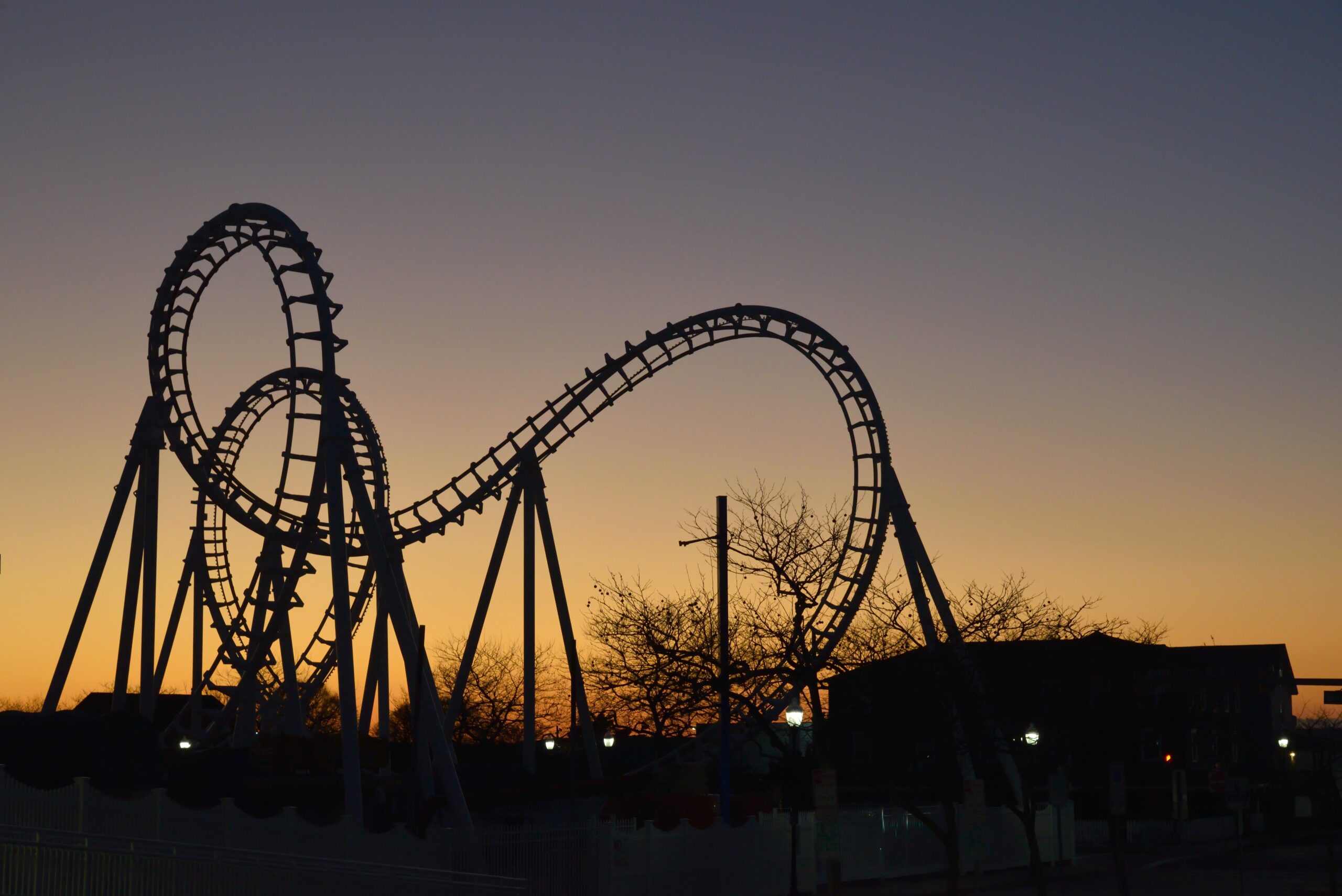 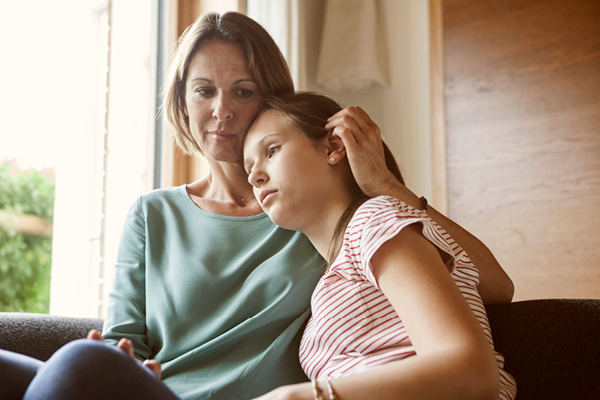 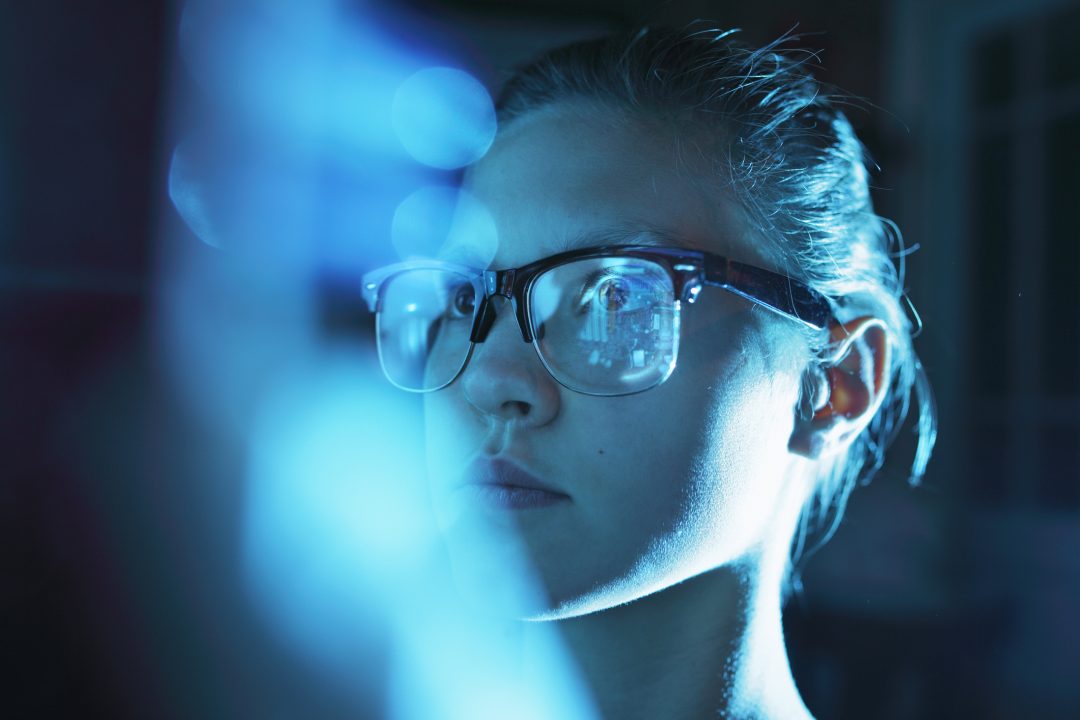 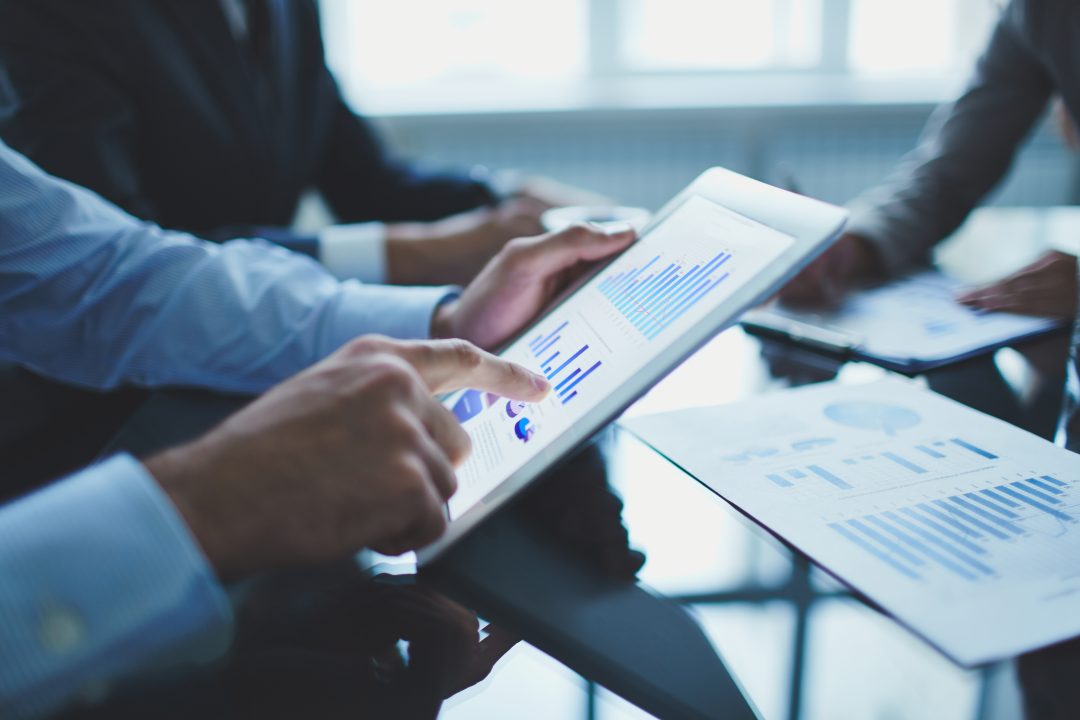 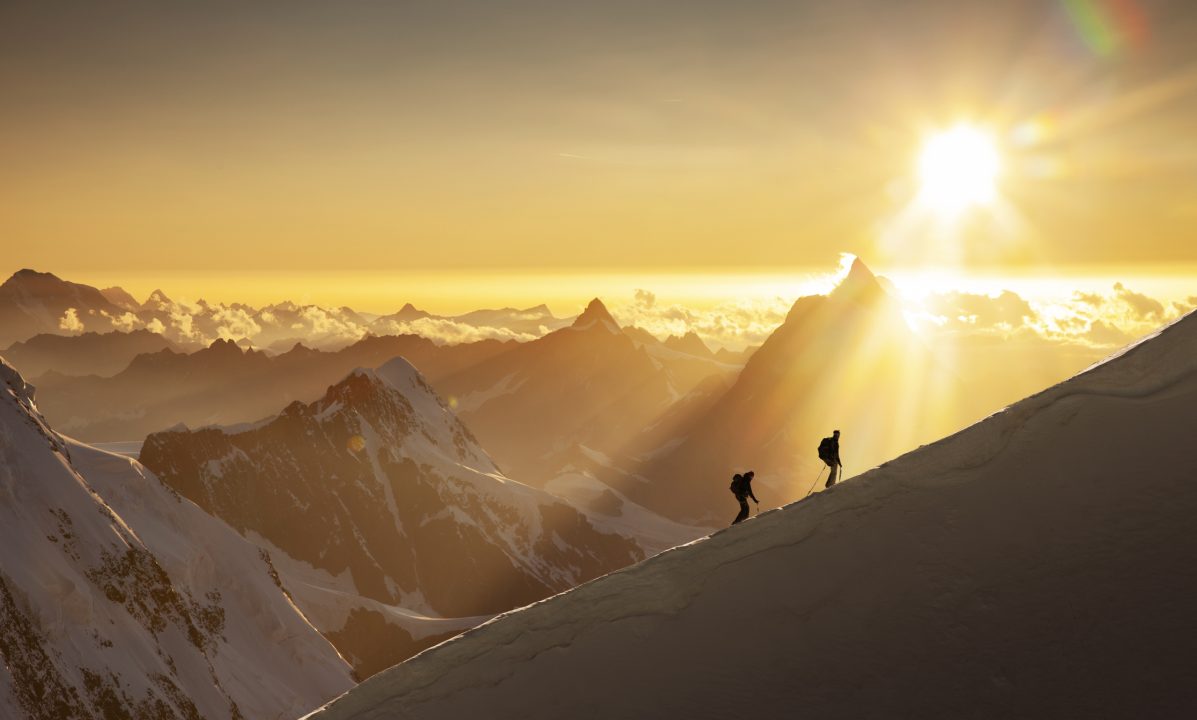 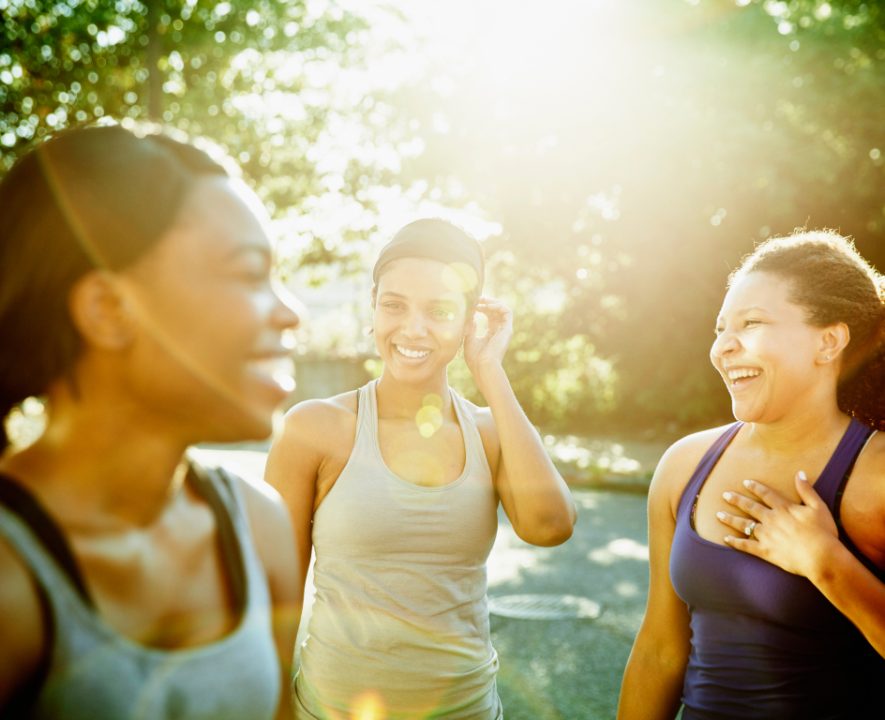